The 26-year-old did not fire any rounds at the White House, authorities added.

President Donald Trump was briefed on the shooting at his Mar-a-Lago estate in Florida, the White House said.

Mr Trump was with First Lady Melania Trump in Florida at the time of the shooting.

Burgess, who reportedly graduated from Auburn University in 2013, had no criminal history, according to the Birmingham News.

Washington police identified Burgess in a statement on Sunday. 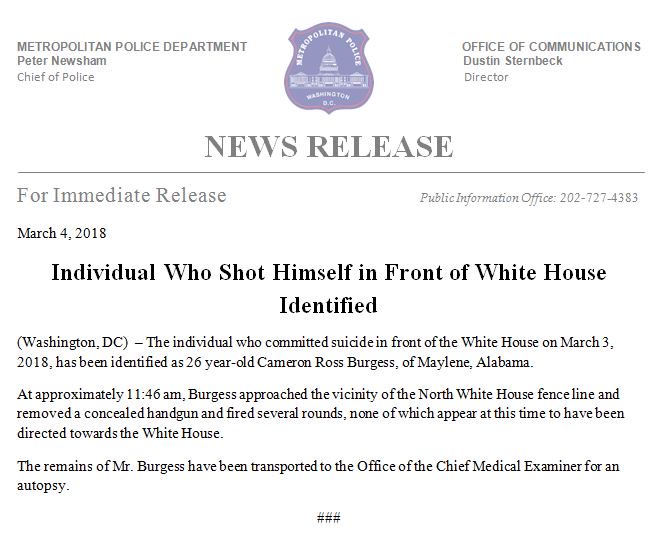 The man was in a large crowd when he fired the gun, the Washington Post reported, citing witnesses.

A video posted to Twitter shows many people running away from the scene.

Washington police said earlier on Twitter that they sent their “natural death squad” to the scene.

Burgess was from Maylene, Alabama, a small community in the southern state.

There have been a number of security incidents at the White House in recent years.

Most recently on 23 February, a car drove into a security barrier outside the building. A 35-year-old woman was detained.

In March last year a man armed with pepper spray spent more than 16 minutes inside the grounds after jumping the fence.

US to announce new sanctions against Russia for hacking, election meddling