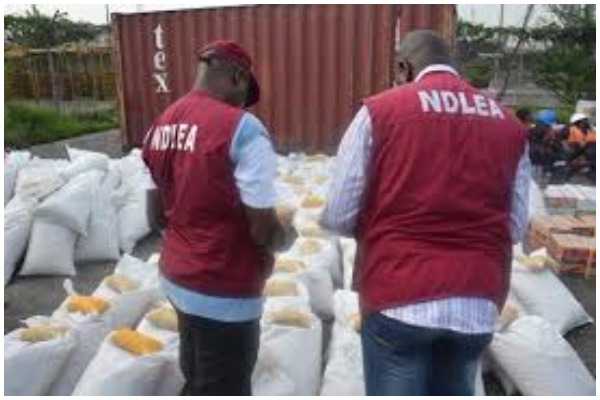 As part of activities to commemorate this year’s international day against drug abuse and illicit drug trafficking, the Rivers State branch of the Association of Community Pharmacists in Partnership with National Drug Law Enforcement Agency (NDLEA) Rivers State branch organized a campaign/sensitization walk in Port Harcourt to educate citizens on the dangers associated with drug and substance abuse.

The walk which commenced from NDLEA state office to YKC bus stop at Woji had a huge turn out of Youth corpers, Pharmacists in Rivers State, the staff of NDLEA and reporters from various media houses.

In her address, the state commander of NDLEA, Amb. Rachael Shelleng, CN, said from records, the use of expensive hard drugs and substances like cocaine, tramadol and others are common in Rivers State.

She said her agency has recorded the arrest of 209 drug suspects, both males and females from June 2018 to 2019 while the agency has seized 485.05Kg of hard drugs such as cocaine, heroin, cannabis, sativa, tramadol, codeine etc, adding that 13 drug offenders were convicted and the agency has rehabilitated 36 dependent persons.

She said the agency usually teach the rehabilitated/ detoxed person skills to enable them to turn a new leaf.

Also, the NDLEA state commander said other illicit substances that are being taken are lacasera and TomTom, Datura, a garden egg like vegetable that often grow around refuse dump.

She said this Datura is common in the northern part of Nigeria but that today the case is different as this Datura is here in the south, adding that Datura is very potent and should be avoided.

She also used the medium to call on the public to be cautious and vigilant and report houses/laboratories were hard drugs like Metaphytamin( a dangerous substance) are produced.

According to her, the substance is hazardous to health and it is not only dangerous and harmful to the direct users but as well as people living around the lab.

She said people operating these labs often refill their gas frequently, like weekly and there are always leakage of water from their flats/ laboratory.

She said anyone who notices these signs should report to NDLEA as the agency has arrested 16 operators of such labs in the state.

She also commended the federal government’s will to combat drug abuse to the barest minimum.

On her part, Pharm Mrs Aguamma Ezomibe, the chairman of the Rivers State branch of the Association of Community Pharmacists of Nigeria, said drugs are supposed to be preventive medicines so people don’t come down with ailments and as experts and custodians of drugs, Pharmacists are not happy with the rate at which drugs and substances are been abused.

She said “If we can stop or bring to the barest minimum the rate and level of substances and drugs are abused then our job will be a lot easier and then we will have a healthier society and we know that health is wealth, a healthy society is a wealthy society”

Continuing, Pharmacist Aguamma said that those who engage in drug abuse and the use of illicit substances are prone to commit crime, accident, injuries, loss of man-hours, lose of business etc, adding that Pharmacists are custodians of drugs and as such they are bothered with the way and manner people especially youths abuse drugs in Nigeria.

She further stated that people have gone beyond using drugs and some substance to get high, explaining that people now smoke lizard droppings to get high while some women soak their tampons in alcohol and absorb it through their vagina to affect their moods.

She added that people also smoke dry cassava leaves to get high, while some smoke human excrement to get high or go to pit toilet to inhale the fumes which are methane gas released early in the morning and they get high.

She warned that addiction has no cure but could be managed, so people especially youths should desist from the use of hard drugs and the use of illicit substances.

She said to help curb this menace, the entire public should be vigilant, especially parents and guardians.