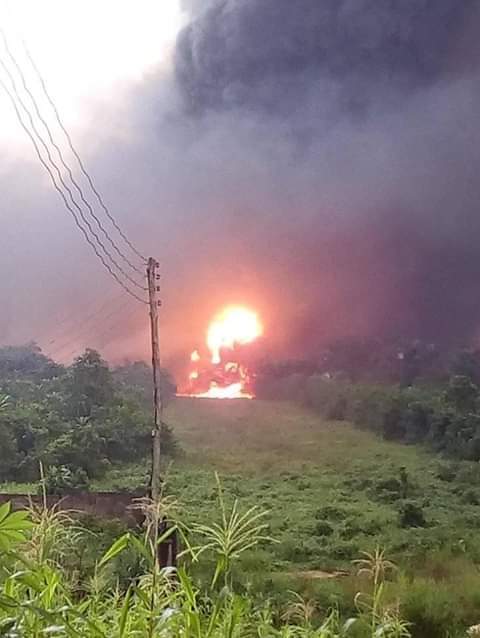 As rescuers are still working assiduously hard to save lives in the pipeline fire that occurred in KomKom, Oyigbo local government area of Rivers State, President Muhammadu Buhari has condoled with people and government of Rivers following the death of some workers at the site of the explosion.

Buhari in a statement by his Senior Special Assistant on Media and Publicity, Malam Garba Shehu in Abuja on Saturday, also condoled with the families of the victims.

He said he was extremely pained by the loss of lives as a result of the incident.

He, therefore, asked for ”a thorough investigation to determine what is responsible for the gas pipeline tragedy in Oyibo Local Government Area of Rivers in which several fatalities were reported”

Recall that theportcitynews reported that two persons were killed during the explosion but the number has since risen to 13 with contentions rife over the ownership of the exploded pipeline.

Both Shell and NNPC have not released statements concerning the explosion.

Calls by theportcitynews.com to the corporate affairs manager of Shell, Igo Weli, were not answered.