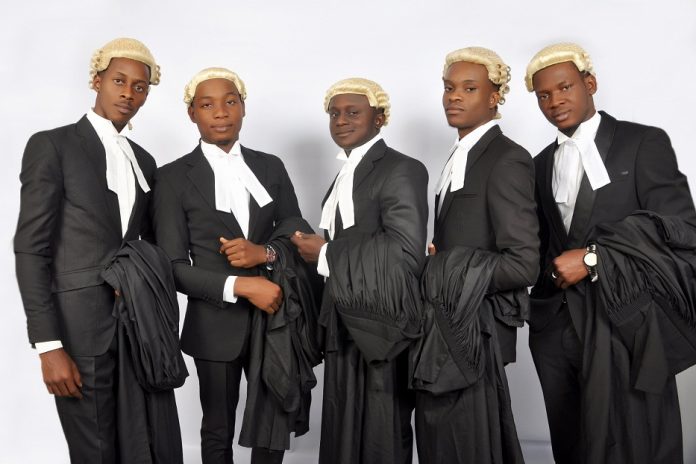 Lawyers in Rivers state have been urged to conduct themselves in court and out of court with all forms of humility before a judge, in order not to jeopardize the judiciary.

Justice of the Court of Appeal, Sir Biobele Georgewill who stated this while delivering a lecture Titled; “Understanding the Expectation of the Judge for Effective Legal Practice” at a seminar organised for lawyers and judges as part of the 2019 Law Week activities, said lawyers must respect the court irrespective of who is sitting as the judge.

According to him, lawyers should not mislead the court but set their records straight by assisting the judges to arrive at a just conclusion of any matter.

“As judges and lawyers, what we are interested in is the enthronement of Justice in society. The judge expects that lawyers must be respectful not because of the person sitting as a judge but the authority under which he or she is sitting.

“Judges despise arrogance from lawyers as such an attitude brings down the integrity of the judicial confidence and lawyers should stop seeing a judge good only when they win a case.

“Judges also expect diligence from lawyers. If you are not diligent, you can hardly make any progress. Diligence is hard work, diligence should be made as a creed.

“Before a lawyer comes to the court, he/she must be well prepared. No lawyer should ever mislead the court but ensure everything that happens is to the attainment of Justice, that is what we live for as judges and lawyers”

He, however, urged Judges to be objective, have rules of evidence and ensure that their major concern is to enthrone Justice in all cases, stressing that Judges are people who swore an oath to do justice to all men without fear and favour.

Sir Georgewill further advised young lawyers to have senior advocates that will mentor them.

“Young lawyers must learn to imbibe good characters from their seniors, they must not place money above learning, they need to study to show themselves approved of the law.

“So, if the young lawyers are not fully prepared now, it will be disastrous tomorrow”

On his part, Alternate Chairman of the Continuing Legal Education Committee, Tonye Krukrubo, said the main aim of the Nigerian Bar Association Rivers Branch, organising the seminar is to create an interactive session between lawyers and judges that will help to build up a stronger judicial system.

“The idea was to cover as many demographics in our profession as possible for everyone to have a sense of belonging and have their say on this issue.

“It is a learning event, an event that brings us together as partners in the justice system, in order for us to discuss issues that are pertinent to the effective administration of justice in Rivers State and Nigeria at large”