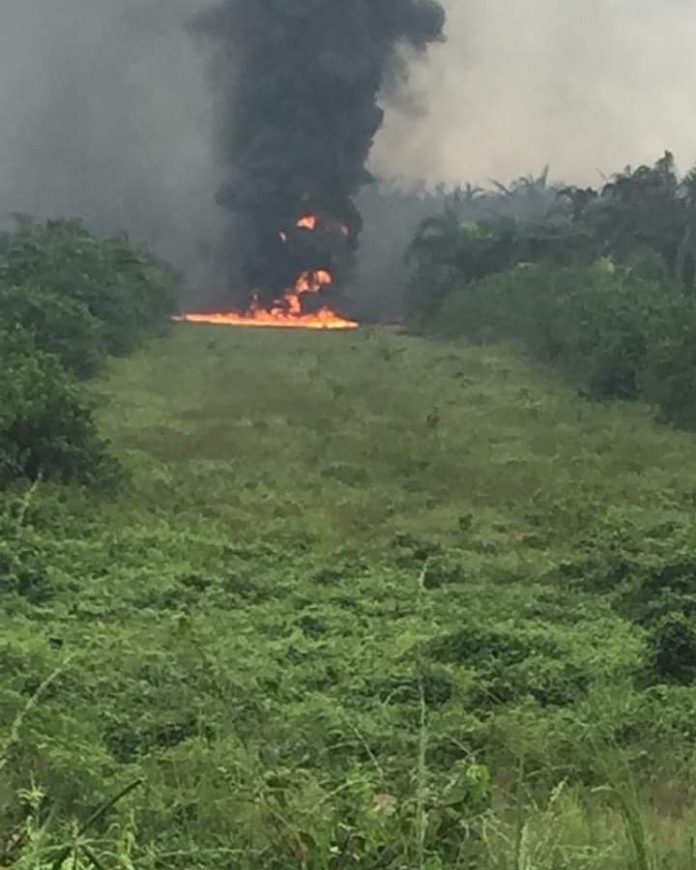 The explosion on a pipeline at KomKom in Oyigbo Local Government Area of Rivers State which led to the death of about twenty persons has been attributed to negligence from Shell Petroleum Development Company, SPDC, and Nigeria National Petroleum Corporation, NNPC.

Gerald Oforji, the Oyigbo Local Government Area chairman, explained that engineers of the Nigeria National Petroleum Corporation and Shell Petroleum Development Company (SPDC) had visited the location on Friday due to the discovery of a faulty valve along the pipeline.

He said that while it was hoped that both the NNPC and Shell engineers would have returned early on Saturday to continue the maintenance work, an explosion occurred causing massive fuel leakage which attracted locals before their arrival.

Oforji explained that as soon as people realised there were petroleum products leaking from the pipeline, they rushed to the scene in mass to scoop fuel and in the process, the fire was ignited which claimed over twenty lives.

“They said it was valve problem. I would not want to accuse anybody that they broke pipe because I didn’t see anybody. I have to say what I know. They said it is a valve problem, they said NNPC/ Shell people came yesterday (Friday), thinking that they will be coming today (Saturday) to seal it. Before they could come, maybe the pressure got overwhelmed and exploded and the product started dripping” he said.

The Command said the PPMC pipeline conveys PMS to Aba but was punctured and a hose fixed to syphon the product by vandals before it exploded.