Home Editorial Editorial: Governor Wike, there is right to protest in a free society 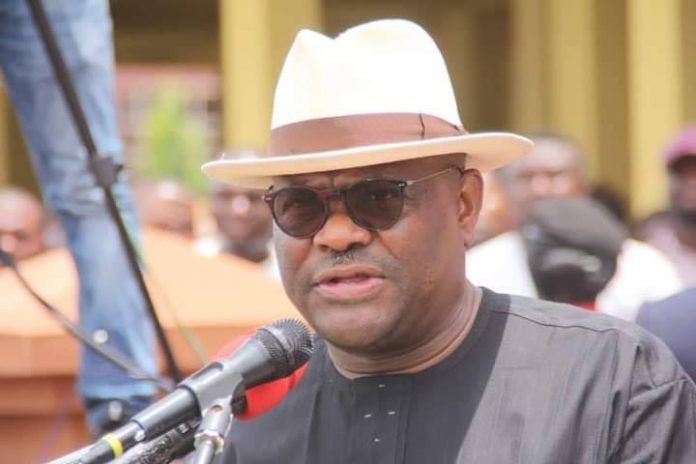 While Nigeria is in a state of chokehold under a ruthless cabal, we are witnessing something similar in other states down south where governors have become emperors in burning empires. From the arrest and incarceration of journalist Agba Jalingo for doing his job in Cross River and the intimidation of journalists in Akwa Ibom, an ugly trend is growing in Rivers where the governor, Nyesom Wike, has allegedly banned protests. This is despite the fact that his party was on the streets in so many cities including the nation’s capital protesting the nullification of the election of Emeka Ihedioha by the Supreme Court.

These dictatorial tendencies have to stop. The right to protest is enshrined in the constitution even though we are witnessing sustained attempts to trample on the same constitution by the same persons elected to protect it. But this is not new as the leaders have believed the led are capable of taking anything they dish out. If the governor is not proscribing youth groups which is against Sections 39 and 40 of the Constitution of the Federal Republic of Nigeria 1999 (As amended), and Article 11 of the African Charter on Human and People’s Rights Act, Cap A9, Laws of the Federation of Nigeria, 2004”, he is banning protests, something he has no constitutional right to do.

It is every Nigerian’s fundamental and constitutional right to protest and organize rallies. This right is guaranteed specifically in Section 40 of the Constitution of the Federal Republic of Nigeria which provided for and guaranteed this right when it stated that “Every person shall be entitled to assemble freely, and associate with other persons, and in particular he may form or belong to any political party, trade union, or any other association for the protection of his interests”.

It is an inalienable right that cannot be lightly taken away by anyone. When such rights are infringed on, every citizen of Nigeria has the right to head to the courts to ensure the enforcement of such rights.

Wike, who has been urging the Economic and Financial Crimes Commission to fight corruption under the ambit of the law due to the perpetual injunction obtained by a former governor of Rivers State, Peter Odili, which barred the EFFC from investigating the state is subverting the same law by asking people not to protest.

The security implication of such is noted but it is the responsibility of the police to ensure that such protests remain peaceful even if the protests are against them.

The Public Order Act provides that the convener of a protest should obtain a licence from the police 48 hours before the actual date of the protest. The licence would only be granted if the protest is not likely to cause a breach of peace.

This position was challenged in the Court of Appeal in the case of ALL NIGERIA PEOPLES PARTY V. INSPECTOR-GENERAL OF POLICE (2008) 12 WRN 6, where the court ruled that the right to stage rallies and protests is a fundamental right and can be carried out without obtaining a police permit/licence.

The killing or Mr Chima Ikwunado by the notorious Eagle Crack Unit of the Rivers State Police Command and the deafening silence of the state government when the news broke is hypocritical. When the governor spoke, it is to threaten the citizens who are at the receiving end of this cruelty and calculated brutality of the police.

Such public protests are the hallmark of a free, democratic society, whose logic demands that the voice of the people be heard by those in power and decisions be reached after proper discussion and consultation. For this, the right to freedom of expression, association and peaceful assembly are necessary. Any arbitrary restraint on the exercise of such rights shows the inability of the government to tolerate dissent. It shows not the propensity of people to riot but rather the incapacity of the government to discuss, deliberate or listen. An unreasonable limitation on protest is an affront to the very people in whose name a government is allowed to temporarily govern.

One must be grateful to the courts for having reiterated that the right to protest is a fundamental right. Democracies everywhere are founded on two core political rights. The first, the right of every citizen to freely elect their government and when dissatisfied with its performance, to vote it out of power in a legitimately held election. This remains the only proper constitutional procedure to get rid of a government and rightly so. Indeed, the peaceful transfer of power is one of the great strengths of democracies. But short of displacing it, and as long as it is done peacefully, any form of public action to challenge the government’s proposals or decisions is also constitutionally legitimate, forming the second core political right: to politically participate not only during but between elections.

The right to protest, to publicly question and force the government to answer, is a fundamental political right of the people. If so, one is left speechless at the way in which the Wike’s government sidesteps issues, blocks reasonable questions, and wilfully obstructs any attempt to discuss.

The Police must also go beyond the lies by its spokesman and bring the killers of Mr Chima to book. They must not only be seen as working but actually work. The Commissioner of Police must dismantle the Eagle Crack Unit whose hands are dripping with the blood of innocent Rivers indigenes and residents.

The habit of taking decisions secretively, foisting them on an unprepared people and then, when challenged, to campaign in order to retrospectively justify its opaque, midnight decisions must stop. 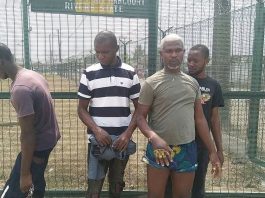 Editorial: Ikoku 4 and the demand for justice 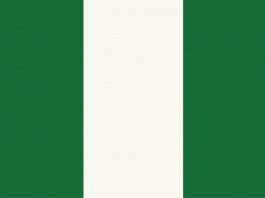 Editorial: Will Nigeria return to democracy in 2023?