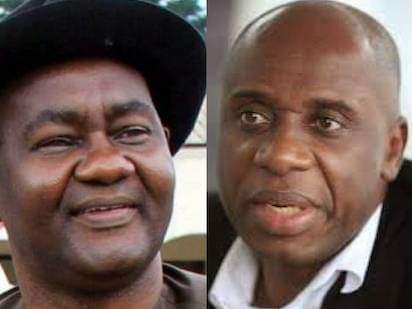 The All Progressives Congress, APC, National Working Committee, on Friday, set up a 5-member Caretaker Committee to oversee the affairs of the Rivers State chapter of the party.

Lanre Issa-Onilu, the national publicity secretary of the party in a statement in Abuja said the 5-man committee would oversee the affairs of the party in the state pending the successful conduct of the ward, local government and state Congresses.

The 5-man Committee would be headed by Isaac Abbot Ogbobula as chairman while Baridon Badom would serve as the Committee’s Secretary.

The party also announced the approved timetable for the conduct of ward, local government and state cogresses.

The party in Rivers State has been hit by factional disagreement, snowballing into the party being disqualified from the 2019 general elections.

The tussle for the soul of the party between the minister of Transportation, Chibuike Rotimi Amaechi and the former Senator representing Rivers South-East Senatorial District in the National Assembly, Magnus Abe, re-emerged two weeks ago when Amaechi, during his inauguration as minister, asked his supporters to prepare for Congress.

Abe had lashed out at the minister for pre-empting the National Working Committee of the party, adding that only the NWC has the right to declare dates for the Congresses.