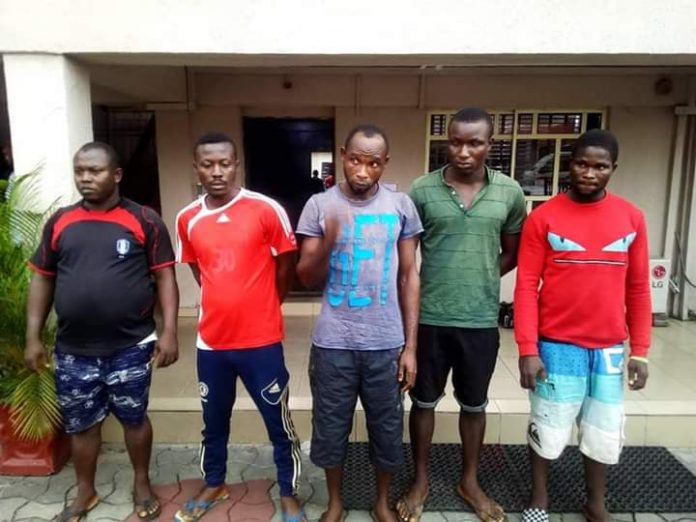 The Naval Handing Over Officer, Captain A. T. Ebo said that the suspects were arrested on June 12, 2019 and found on them a Wooden Boat laden with products suspected to be illegally refined Automotive Gas Oil, (AGO).

Principal Detective Superintendent Olayinka Macaulay who received the suspects and Boat on behalf of the EFCC, assured the NAVY of diligent investigation and possible prosecution of all the suspects.