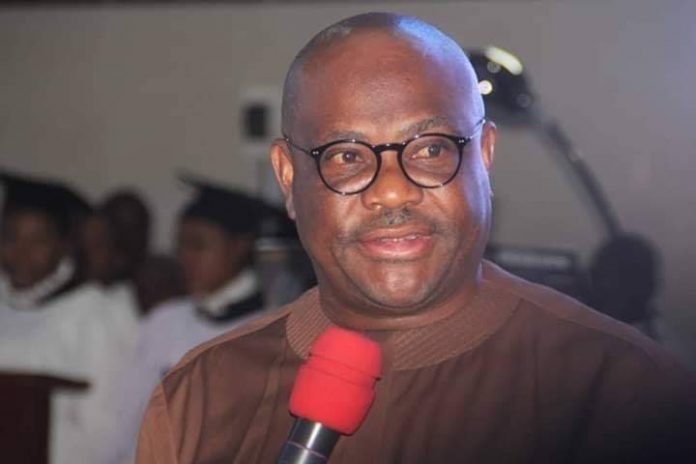 The Governor of Rivers State, Barr. Nyesom Ezenwo Wike has advised members of the National Youth Service Corps (NYSC), deployed to Rivers State to take advantage of the dynamic programs provided in course of the NYSC program to become future entrepreneurs and employers of labour.

Governor Wike said, the NYSC which is packaged with skill training and developmental programs is a veritable platform for youths to become innovative and versatile in being productive in the areas of entrepreneurship.

The Governor gave the charge on Thursday, June 20, 2019, during the swearing-in ceremony of Batch ‘B’ NYSC members at the orientation camp, Norwa-Gbam, Tai LGA.

Represented by the Secretary to the Rivers State Government, Dr Tammy Danagogo, Gov Wike advised corps members not to take for granted the 3 weeks orientation program as it provides important physical, emotional and psychological intelligence to enable them to meet up with the challenges of the service year and beyond.

He added that the NYSC scheme has immensely contributed to the development of rural areas across the country and enjoined them to follow the footsteps of their predecessors who have made concerted effort through community development projects across the state.

He further advised the corpers to follow the disciplinary measures of camp rules “if youths must be leaders of tomorrow, then they must learn to abhor social vices such as corruption, cultism, tribalism, ethnic bigotry, religious intolerance, violence and indiscipline”.

He thanked the management and staff of NYSC for sustaining the synergy with the State Government for the smooth running of the scheme and promised that the camp auditorium would be completed soon.

The State Coordinator of NYC, Mr Chinwendu Chukwu, thanked Rivers State Government for the Continuous support for the success of the program and informed that a total of 2626 corps members have reported to the camp.