Kiernan Forbes, a South African rapper popularly known as AKA, lost his fiancee, Anele “Nelli” Tembe, on Sunday after she apparently fell from the 10th floor of the  Pepperclub Hotel in Cape Town. Unfortunately, she died at the scene.

Hours before the death, the couple, seen on AKA’s Insta Stories, was shopping at the Maxhosa store at the V&A Waterfront before having lunch with friends. The couple was then seen at Ayeyep Lifestyle club, where the rapper was performing. AKA got engaged to his 22years old fiancee Nelli in February 2021.

A statement was released by AKA and Nelli’s families earlier, they said:

“It is with the deepest regret that we, the Tembe and Forbes families, confirm the untimely passing of our beloved fiancée, daughter, sister, and daughter-in-law, Anele Tembe,” read the statement.

“We are still in shock and are dealing with our emotions as she was an exceptional and gifted young woman with so much life ahead of her. She had a sweet nature and was always nurturing to those around her. Her fiancé, Kiernan Forbes, is currently inconsolable and surrounded by family and closest friends. At this hour of our grief, we humbly request that our families be given privacy and time to heal.” 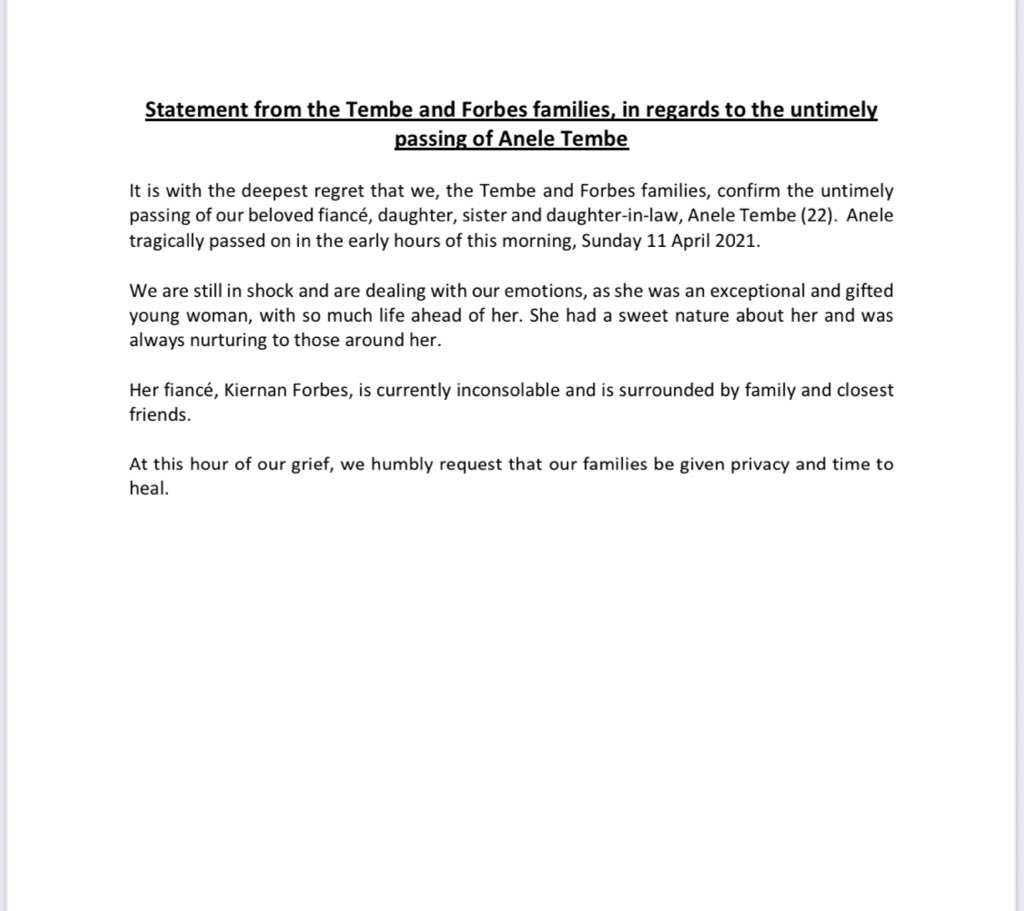 On social media, condolence messages are pouring in under the hashtag #RIPNelli.

Port Harcourt residents complain of harassment by Police over curfew

Police arrest suspects over murder of policeman in Imo