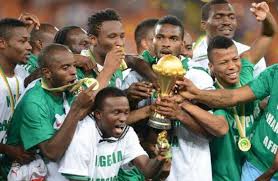 The 32nd edition of the African Cup of Nations AFCON will kick-off today in Egypt.

In the opening match of the game host nations and seven-time champions, Egypt will take on Zimbabwe at the Cairo International stadium.

The 2019 AFCON will kick off with the new expanded 24 teams today in Egypt, it will be preceded with a colourful opening ceremony.

The Organising Committee of the 2019 Africa Cup of Nations AFCON has announced that Nigeria’s legendary Afro-beat singer Femi Anikulapo-Kuti will perform at the opening ceremony of the competition.

Kuti, a four-time Grammy Award nominee will be joined by two other musicians Hakim from Egypt and Dobet Gnahore from Ivory Coast.

The host nation is also hoping the new electronic ticketing system will help keep fans safe and prevent crowd trouble as they tighten security ahead of the African Cup of Nations kick off today.

Tickets have only been available for sale online and the buyer has to enter their national ID or passport number, a system that allows authorities to vet and track fans, as well as limiting black-market sales.

In the meantime, the Super Eagles have intensified training ahead of their first group B against Burundi tomorrow in Alexandria.

The team had a training session behind closed doors today on Thursday and will have another one this morning.

Gernot Rohr’s charges will take on the AFCON finals debutants at the Alexandria Stadium, by 6 pm Nigerian time.

Meanwhile, John Mikel Obi is set to play his 21st match in AFCON finals when the Super Eagles face newcomers, the Swallows of Burundi tomorrow.

The midfielder who is back in Nigeria’s national team for the first time since the Super Eagles crashed out of 2018 World Cup in Russia, will be eager to justify his high ratings at the 32nd AFCON finals.