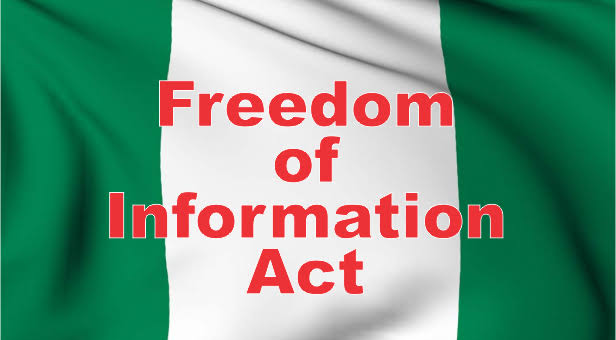 For UNIPORT, the plaintiff (Mark Lenu) had requested the defendant to make available to him, “the total sum received from regular students, postgraduate students and pre-degree students as tuition fees for the 2016/2017 and 2017/2018 academic sessions.

“The unspent amount remitted to the Federal Government from the allocations received by the school for the 2016/2017 and 2017/2018 sessions.

“And the actual amount paid in salaries and allowances to teaching and non-teaching staff of the school in 2017 and 2018,” among others.

Concerning UPTH, the plaintiff had requested the public institution to furnish him with the “allocations received from the Federal Government for salaries and allowances of staff for 2017 and 2018.

Upon refusal by the defendants to make available the information requested by the plaintiff as contained in his written applications, Mr Lenu in line with Section Four of the FOI Act 2011 dragged the public institutions to court over their failure to comply with the FOI Act 2011.

Speaking with our correspondent shortly after the suits were adjourned by a Federal High Court presided over by Justice Omotosho, the Plaintiff Counsel, Barr Kingdom Chukwuezie said, “we informed the court to give us some time to enable us to reply the counter affidavits filed by the defendants.

“The matter came up for mention and we told the court that the University of Port Harcourt Teaching Hospital and its Chief Medical Director only served us counter affidavit on Monday being the 17th of June, 2019 and that the Office of the Attorney General of the Federation had also filed and served us counter affidavit and notice of preliminary objection on Friday, 14th June 2019.

“While the University of Port Harcourt and its Vice-Chancellor had only served us their motion for extension of time and counter affidavit a few days ago too.

“We told the court that we needed some time to look at the defendants’ processes served on us so as to enable us to reply adequately.

“The court in its wisdom conceded to our application and further adjourned the suits to the 27th of June, 2019 for hearing.”

And that whether the failure or refusal of the public institutions to furnish him with the information he requested for was not a violation of his right as guaranteed by Section 4 (a) of the FOI Act 2011.

The plaintiff, therefore, sought the following reliefs before the court:

“A declaration that the plaintiff is entitled to receive the information he applied for from the defendants (public institutions).

“A declaration that the failure and or refusal of the defendants to give written notice to the plaintiff stating the reason for the denial of the information sought and requested by Exhibit ‘A’ is wrongful, unlawful and constitute a gross violation of section 4 (b) of the FOI Act 2011.

“An order of this Honourable Court on the defendants to make available to the plaintiff a hard copy of the information requested per Exhibit ‘A’ within seven days of the judgment of the court.

“And the sum of one million naira only as exemplary and aggravated damages for the unlawful violation of the plaintiff’s right of access to information established and guaranteed by section 1 (1) and 4 of the FOI Act 2011,” among others.

The Freedom of Information Act 2011 is a law of the Federal Republic of Nigeria that was assented into law by former President Goodluck Jonathan to make public institutions accountable to the people.

The law places a duty on public institutions to make available any information Nigerians had wanted provided the information did not come under those ones the law exempted especially those that border on security reasons.

The Law states that wherein public institutions could not make information available, the Act requires them to write the applicant, stating the reason why the information is not available.

The law also enjoined the Attorney General of the Federation to encourage public institutions to make information at their disposal available to the public in line with the provisions of the Act for the interest of transparency and accountability.