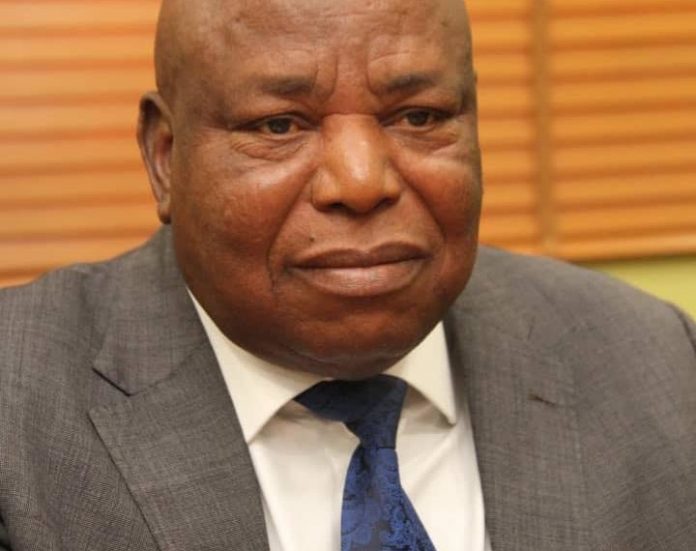 Weeks, after uproars were raised over the invitation of the management of the Niger Delta Development Commission, NDDC, by the Economic and Financial Crimes Commission, EFCC, a look into the books of the commission reveal massive mismanagement of funds by the top management.

But the commission had evasively said its management was invited by the EFCC to respond to mountains of petitions against it by some groups, adding that there was no financial impropriety traced to it contrary to reports online which alleged that the management was invited to the EFCC due to financial impropriety in the commission.

Charles Obi Odili, NDDC’s director, Corporate Affairs in a press statement issued in Port Harcourt had explained that the management of the commission addressed the issues raised by the anti-graft agency and were asked to go.

However, that was a lie as the EFCC had barred banks from receiving payment from NDDC due to the ongoing investigation.

In short, NDDC has been regarded as a cesspool of corruption where a gang of rogue contractors in collaboration with corrupt elements at the commission have fleeced the agency of over N100billion within the first three months of the new board.

Igo Weli, the Corporate Affairs Manager of Shell Petroleum Development Company, in May, said SPDC donated over 2 billion dollars to NDDC, but NDDC does not have anything to show for it.

Tony Orilade, Spokesman of the EFCC had this to so about the commission “It is a cesspool of corruption and I can confirm the authenticity of the letter to the Banks to stop payment instructions from NDDC. Our men have commenced an investigation”

According to an investigation by Pointblanknews, while some of the NDDC funds domiciled at the Central Bank of Nigeria, CBN, were moved to commercial banks for payment to contractors for phoney projects, the rest ended up in the accounts of top management of the agency.

According to an insider in the NDDC who want to remain anonymous, the listed individuals connive with the Acting MD and his children to inflate 80% of the non-budgeted emergency road repairs. Emergency Road repairs have become the means of looting the agency.

They are also accused of manipulating approved Bill of engineering, measurements and evaluation and pad same up to the tone of hundreds of millions for each contract. They thereafter share these padded sums and invest same in choice properties, Pointblank said.

Sources noted that Director of Projects, Mr Ajogbe, who boasted of his intention to pay N10billion bribe to the Presidency to have him confirmed as substantive Managing Director of the NDDC, sells off backdated award letters for sums ranging from $80,000 to as much as $200,000 per project.

According to sources within the NDDC, part of the N100 billion was allegedly shared by Prof Nelson Brambaifa Ag. MD/CEO, Mr Chris Amadi Ag. Executive Director of Finance and Samuel Ajenekevwe Ajogbe Executive Director Projects NDDC and other contractors.

The sources said that most of all the appointees were recommended by former Minister of Transportation, Mr Rotimi Amaechi, adding that “within a time frame of 3 months since this Acting board was appointed through the prodding of Rotimi Amaechi, over N750 Billion have been looted through contract splitting and shared among some of the Directors and the children of the Ag. MD/CEO namely Christopher Brambaifa and David Brambaifa who both serve as Special assistants to their father”.

This led to a statement on Thursday where the former minister alleged a smear campaign against him.

The source added that they stole and laundered these amounts of money through the illegal award of emergency roads projects that are never existent in the budget and with no budgetary provision; the over padding of these emergency road projects by tripling the amount awarded as against the actual amount put on ground for these emergency projects; and award of various programmes and concepts that clearly do not have any use to the suffering people of the region and also not budgeted for.

“Sam Adjogbe also used the fictitious water hyacinth waterways clearance awards to steal billions early this year from the federal government by backdating all such awards to the period of Nsima Ekere-led Management to outsmart and outwit Brambaifa and Amadi in the looting of such funds. A clear case of dog eats dog between them.”

Sources added that another former Director who still wield influence at the commission, Chidi Nwankwo, owns a sprawling 7 bedroom Villa with an elevator system situated inside Golf estate in Port Harcourt valued at over 550million Naira.

Nwankwo also owns a Hotel called El-Eldera on stadium road worth N2billion, adding that he forces the NDDC to patronize them.

Multiple sources confirmed that one Nnamdi Okykar, a contractor serves as the conduit pipe used to funnel illegal funds from the NDDC through shady contracts. He uses ESCOBAR NIGERIA LIMITED and DIAMOND N’DSKY among others to loot the commission via padding emergency road projects.

“In a particular instance, a road was awarded to him whereby the expected cost for fixing the stated road is not more than N110m. This criminal that parades around the city of Port Harcourt calling himself a pastor connived with top Directors and padded this same road with over N300m which they all shared.

According to the sources, “It is on record that he is being paid over 800million now using these two companies for payments of these padded emergency roads repairs. We urge the investigating bodies to demand a list of all projects handled by this rogue contractor and an independent quantity surveyor engaged to evaluate what is on the ground as against what he has been paid in the last five years.

“We dare say what will be discovered would rattle the presidency to the extent the NDDC might be placed under a sole admin going forward and this rogue contractor jailed, and all assets seized from him to serve as a deterrent.”

Sources also revealed that one Kingsley Oboh has been involved with contract racketeering with past four different boards after he served as defacto MD when his elder brother Chris Oboh held sway as MD/CEO.

He is said to be the virus that always infects all incoming boards and management with the skill of looting through padding non-budgeted jobs with billions of naira.

According to a source, “he is chronically corrupt and would not stop at anything to make illegal money and soil a decent board or management team by teaching them how to manipulate the bill of engineering, measurements and evaluation and also introducing the rogue contractor Nnamdi Okykar to these board and management members.”

Oboh is said to have illegally influenced the award of over 27 contracts to himself.

It was revealed that Eyoh Etteh, Abraham Udokwu, Emeka Ani and Onu of PMS are the tacticians that prepare these doctored
Bill of engineering measurements and evaluation for the rogue contractor Nnamdi Okykar to use to steal money from the coffers of the NDDC and thereafter share the proceeds.

It was also revealed that Engr. Sesse allegedly specializes in removing youths shortlisted to be beneficiaries of the NDDC water hyacinth projects that the FG sets aside to empower thousands of youths, replacing them with his cronies and companies where he gets 50% kickbacks from every slot given.

“He shares his loots which runs into hundreds of millions at the end of the day with his corrupt boss Nelson Brambaifa, Brambaifa kids, Sam Adjogbe, Chris Amadi and their retinue of girlfriends,” a source in NDDC said.

Another collaborator in the looting of NDDC is Engr. Emma Audu who served under the embattled former Executive Director, Projects, Tuoyo Omatasuli, as Technical Adviser.

He is alleged to have used his personal company to corner consultancy awards to the tone of over N3billion to himself.

Sources hinted that “He compromise the system when he held sway as Director PMS by approving padded emergency road repairs for the criminal contractor Nnamdi Okhar who served as a major conduit pipe for these
rogues.”

Engr. Onu, another member of the looting cabal in NDDC, is “ac unrepentant chronically corrupt element in the NDDC who has a penchant of bullying contractors into paying a percentage of what they earn to him and the cartel thereby forcing them to reduce the quality of projects executed to satisfy his corrupt needs. It would do well for the security agencies to investigate this man and his accounts and bring him alongside others listed in this petition to justice for the sake of the
masses of the Niger Delta region,” a source said.